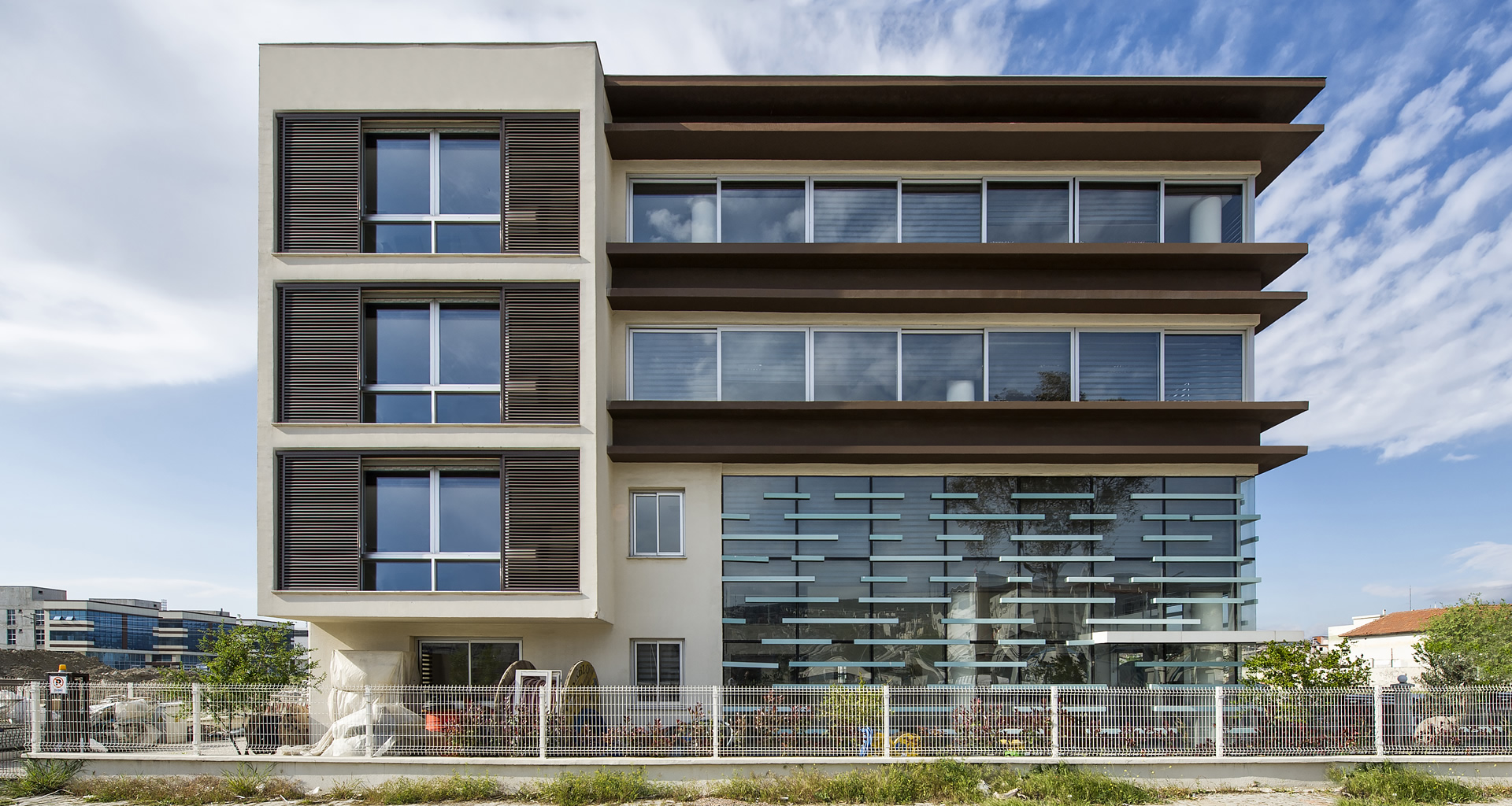 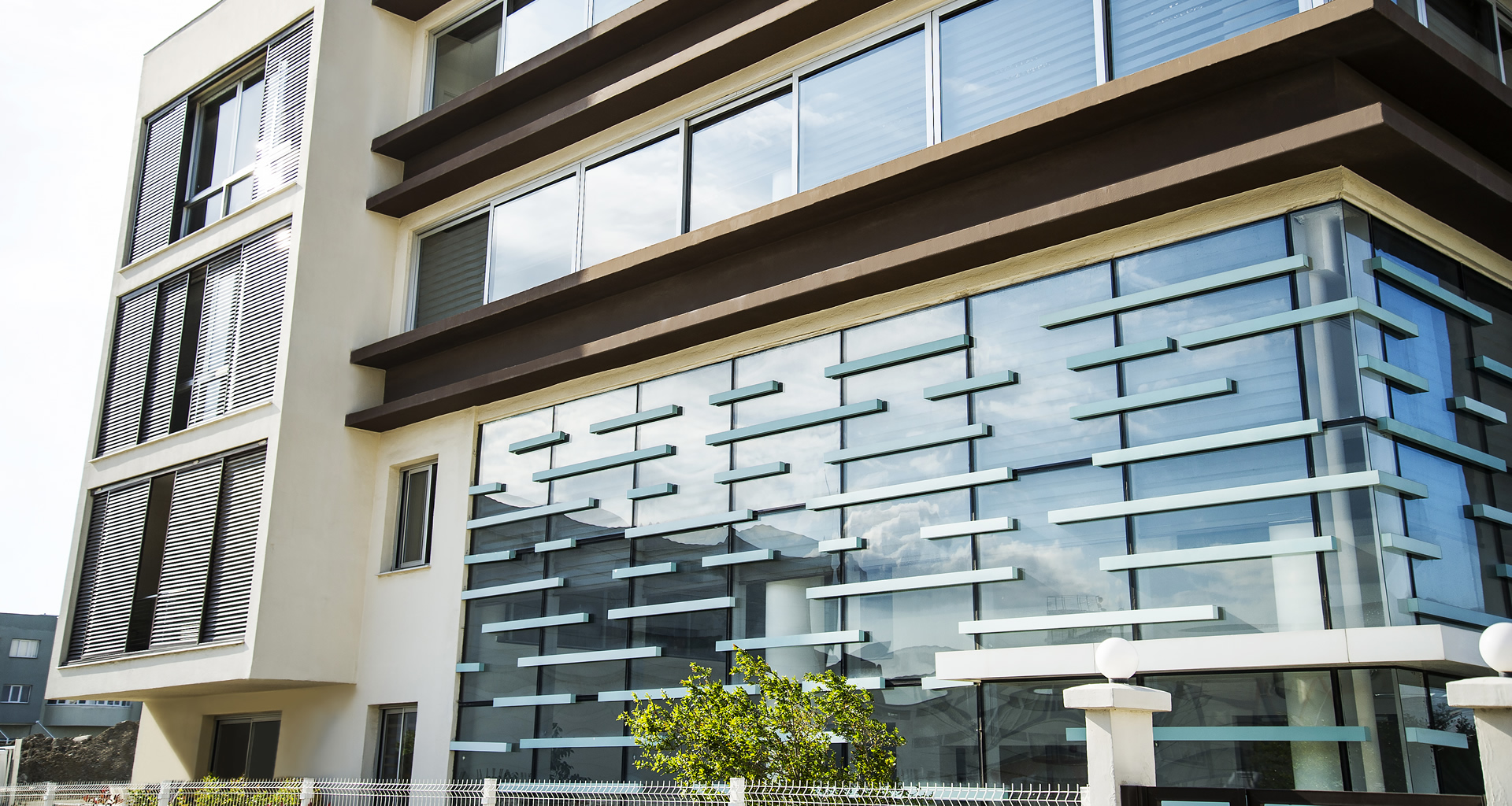 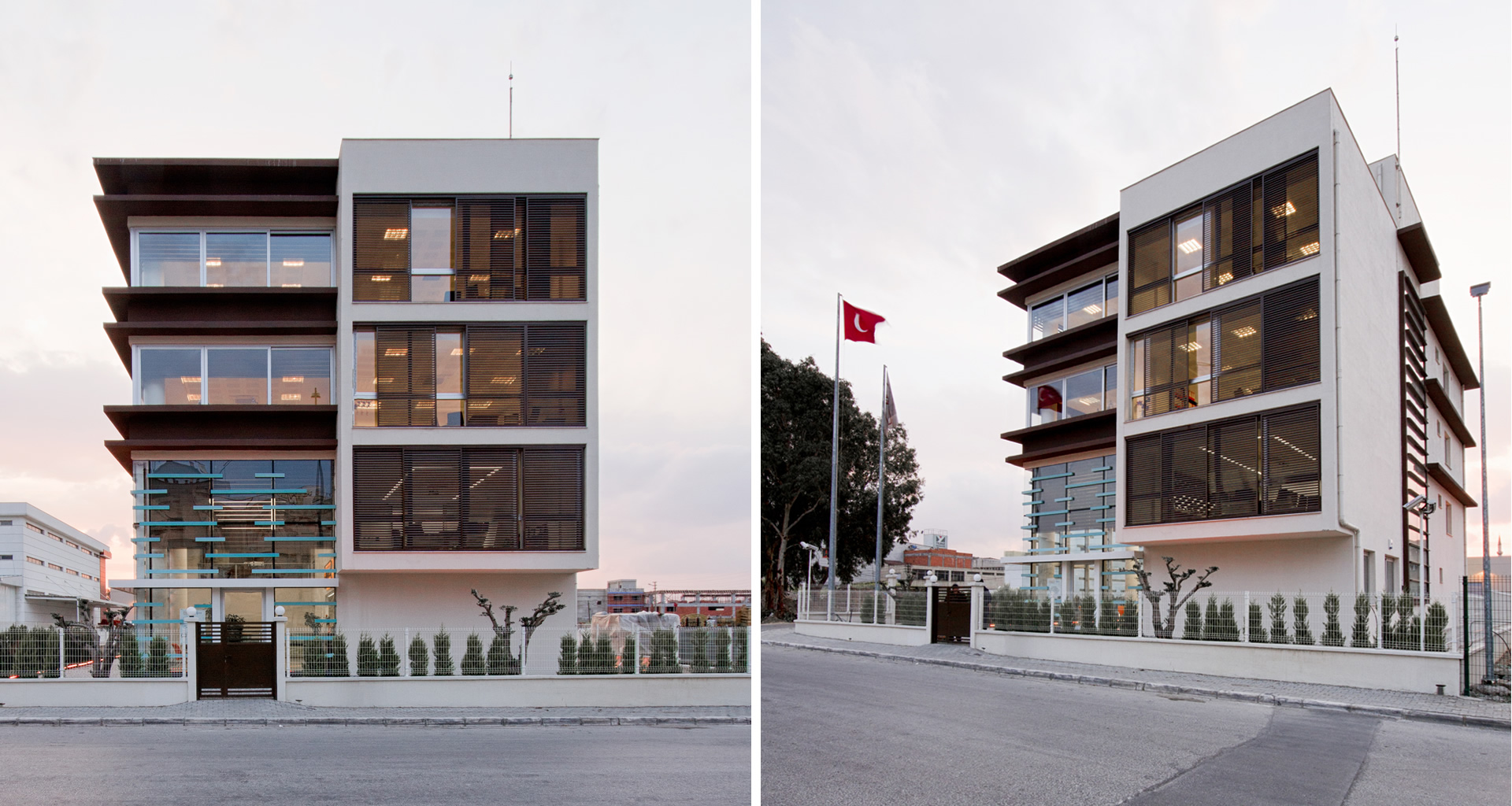 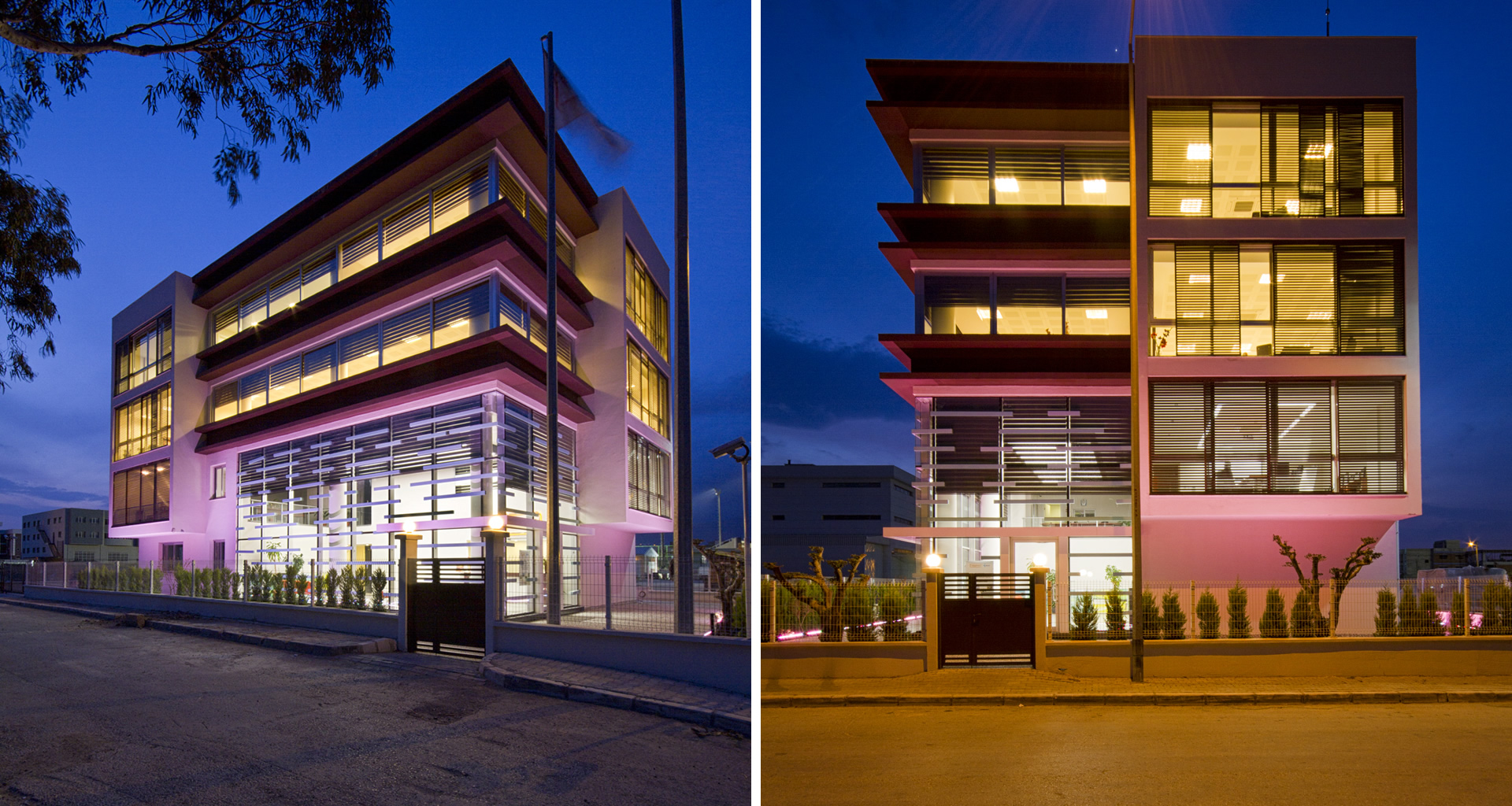 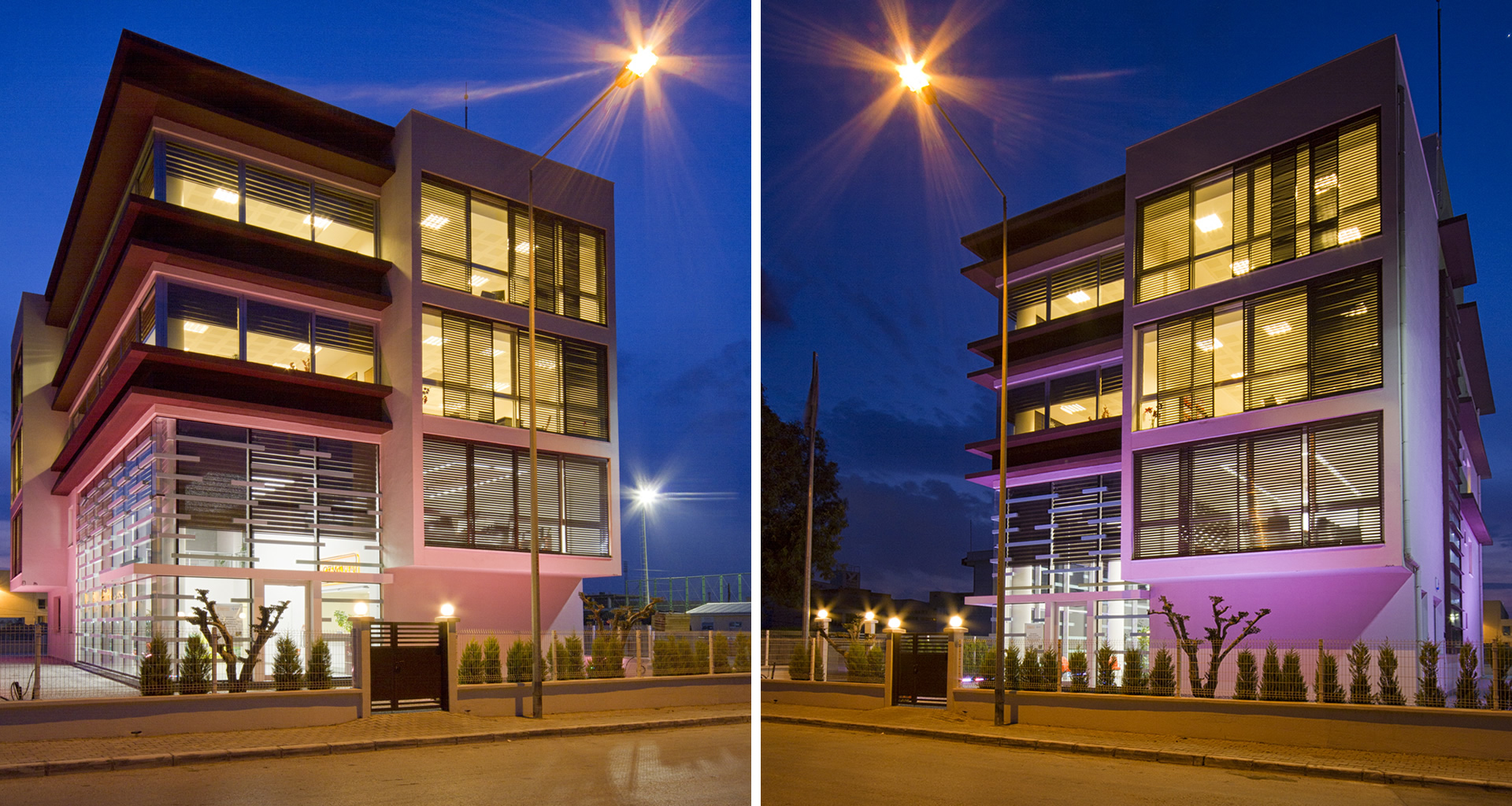 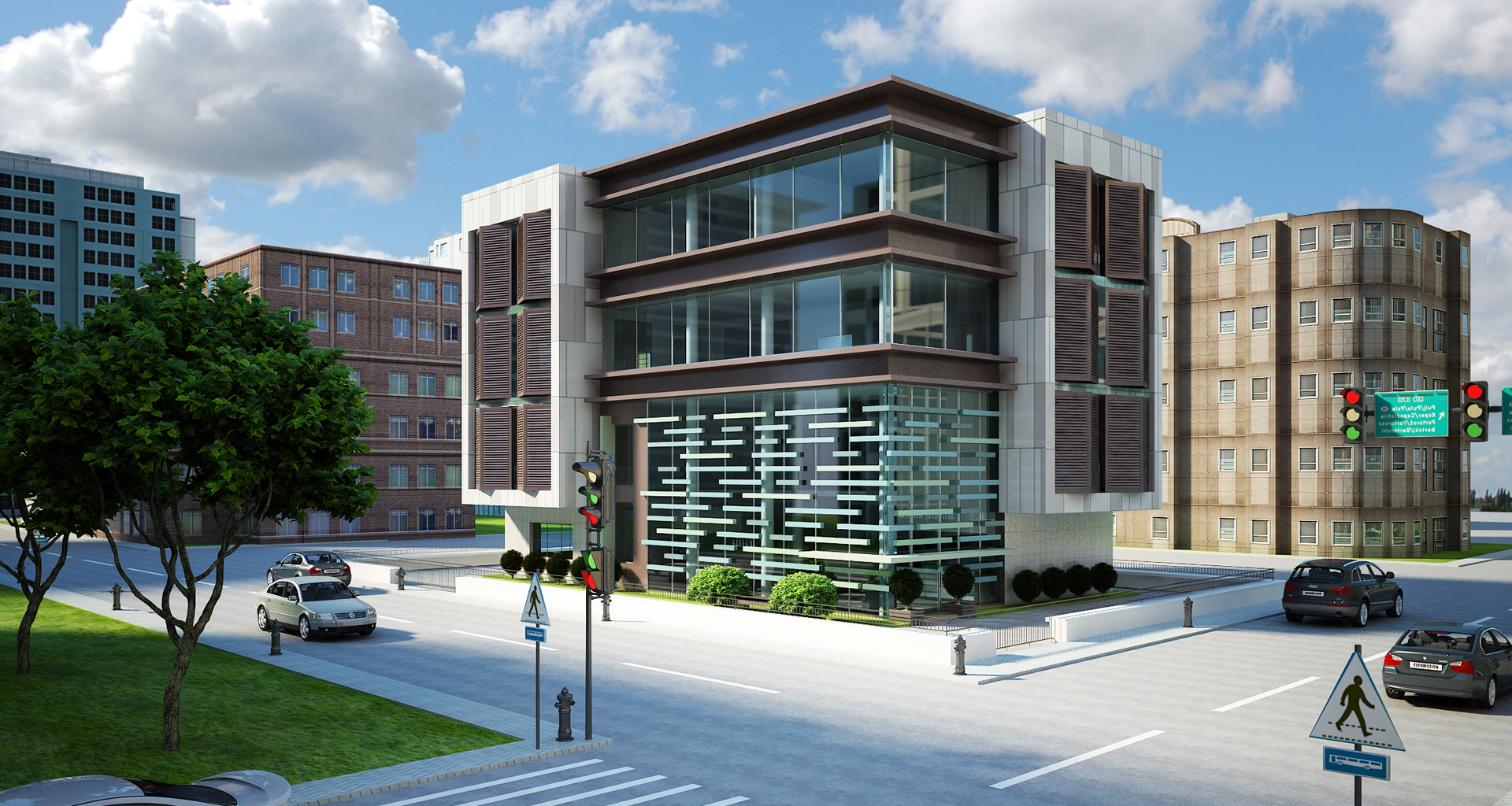 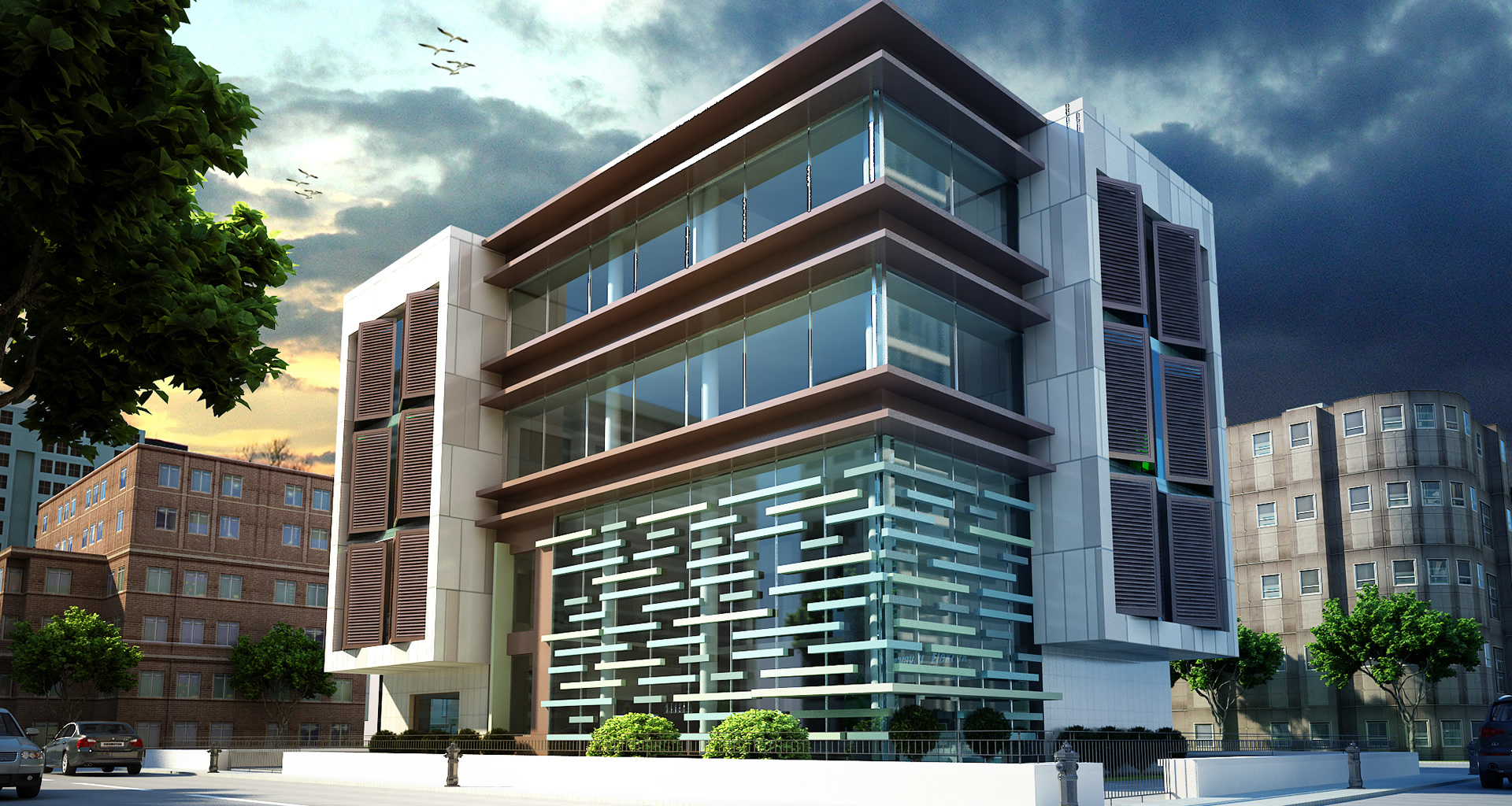 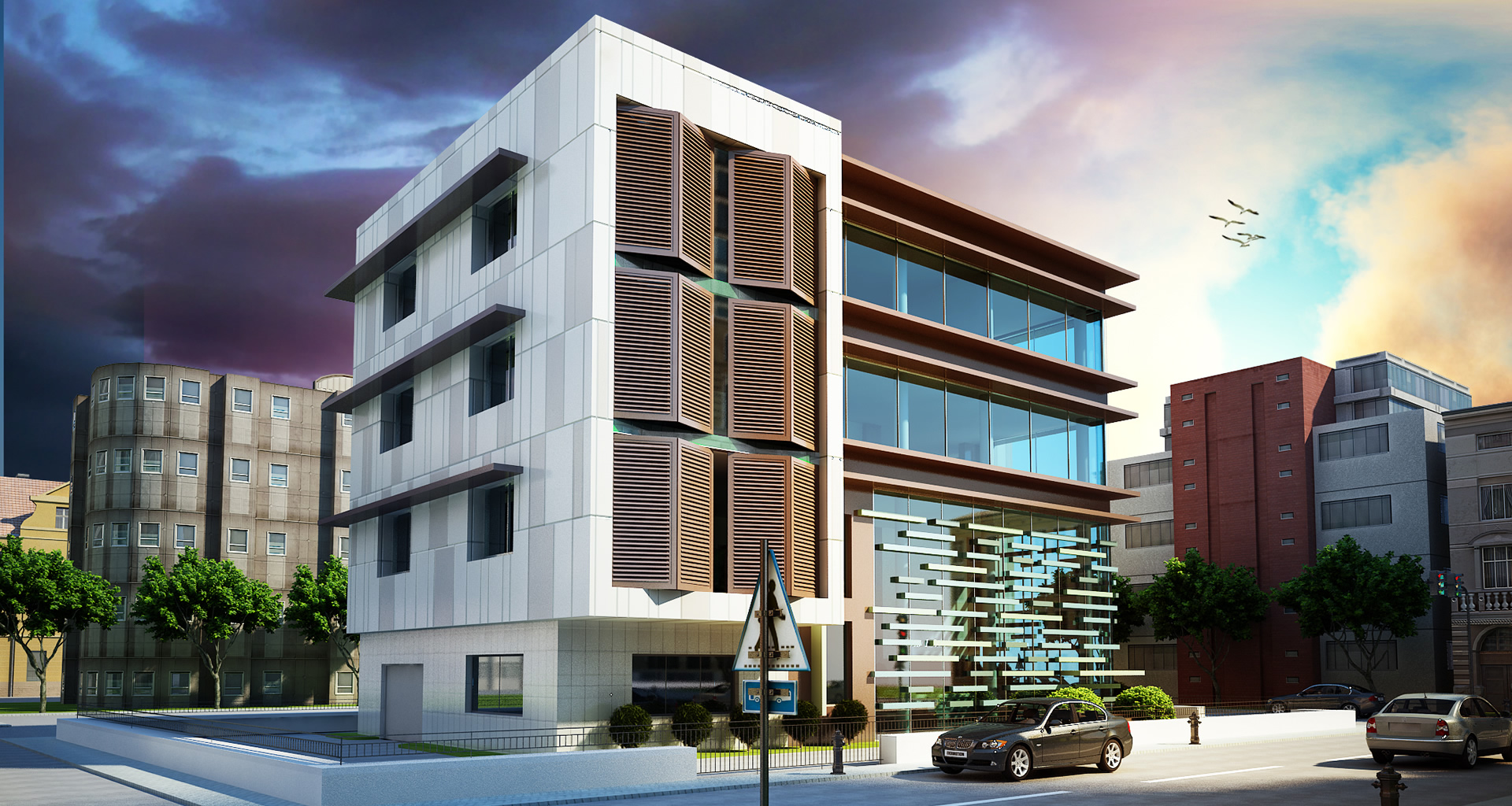 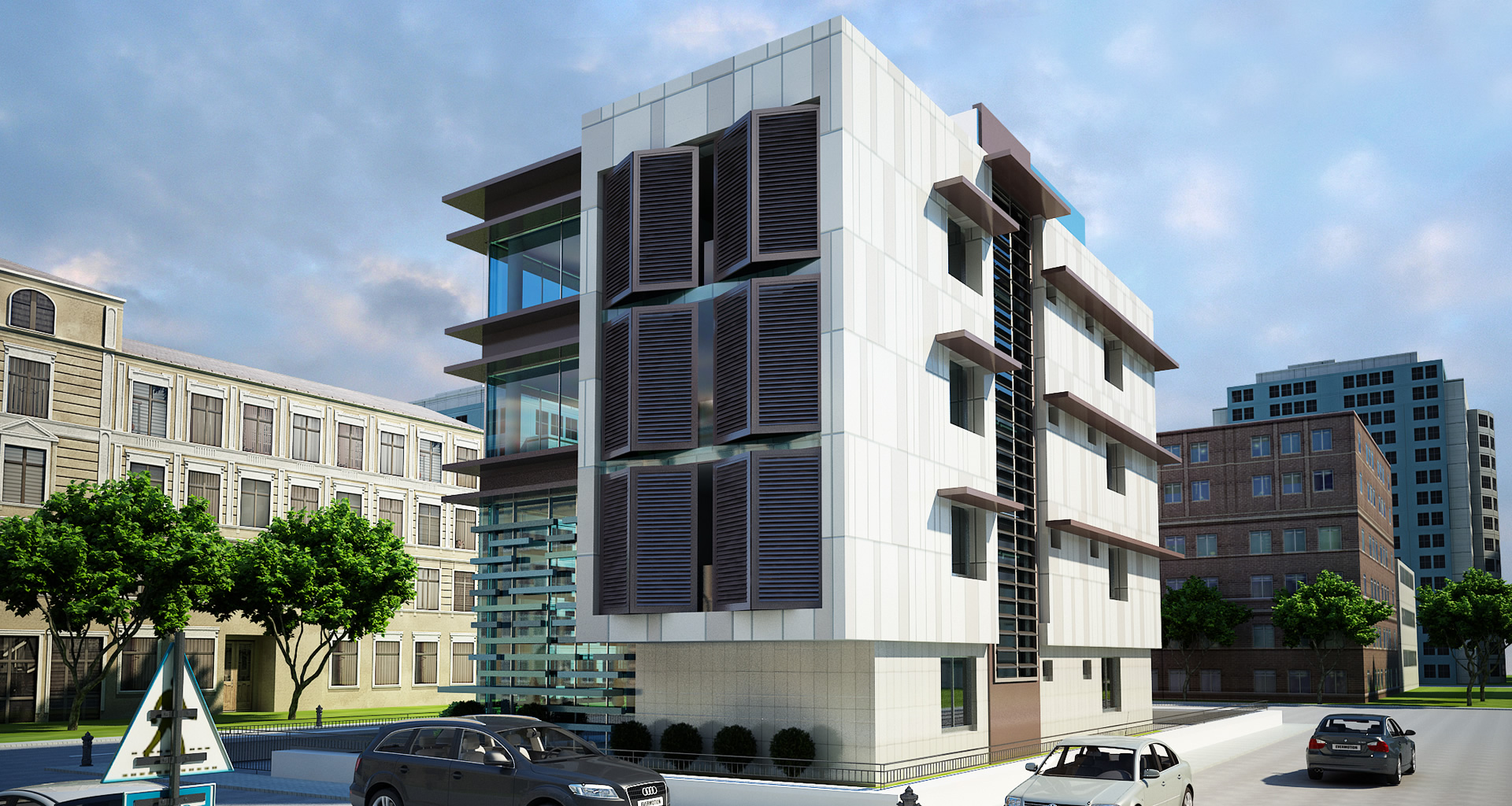 The Bornova industrial zone in İzmir is an area where industrial structures pushed out of the city center are expected to increase the density.

As the city grows with time, the industrial zone has started to be integrated with the city and structures have partially transformed into office buildings. The 400 m2 project plot is easily accessible from most parts of İzmir, and the straight topography makes it suitable for an office structure. The architectural approach was to develop an office structure that provided contrast to the surroundings, with attractive modern features. An important goal for the design was to design a durable structure with a modern appearance, with regard to the future development of the area. Design decisions were made to ensure the smooth functional operation of the main backbone of the building independently of the outer casing. The familiar dichotomy of openness and closure in office buildings was the main input of the design. In interior areas expected to be closed, partially open and transparent office volumes were used to provide partial visual permeability. This permeability can also be traced on the facade with the motion of calm horizontal dividing bars. The main administrative areas were located on the first and second floors, and open offices and meeting rooms were located on the upper floor. Areas that do not require privacy were planned to be transparently observable from the gallery space. The floor plan developed both along the axis of the functional relations and landscape placements, and allowed for an attempt at mass horizontal fracturing that supports the data at hand. Instead of an overly bright facade texture, a lighter, non-industrial looking design supported by the natural appearance of wood was preferred. Semi-specific night illumination underscores the fact that the building houses the offices of an electricity company.