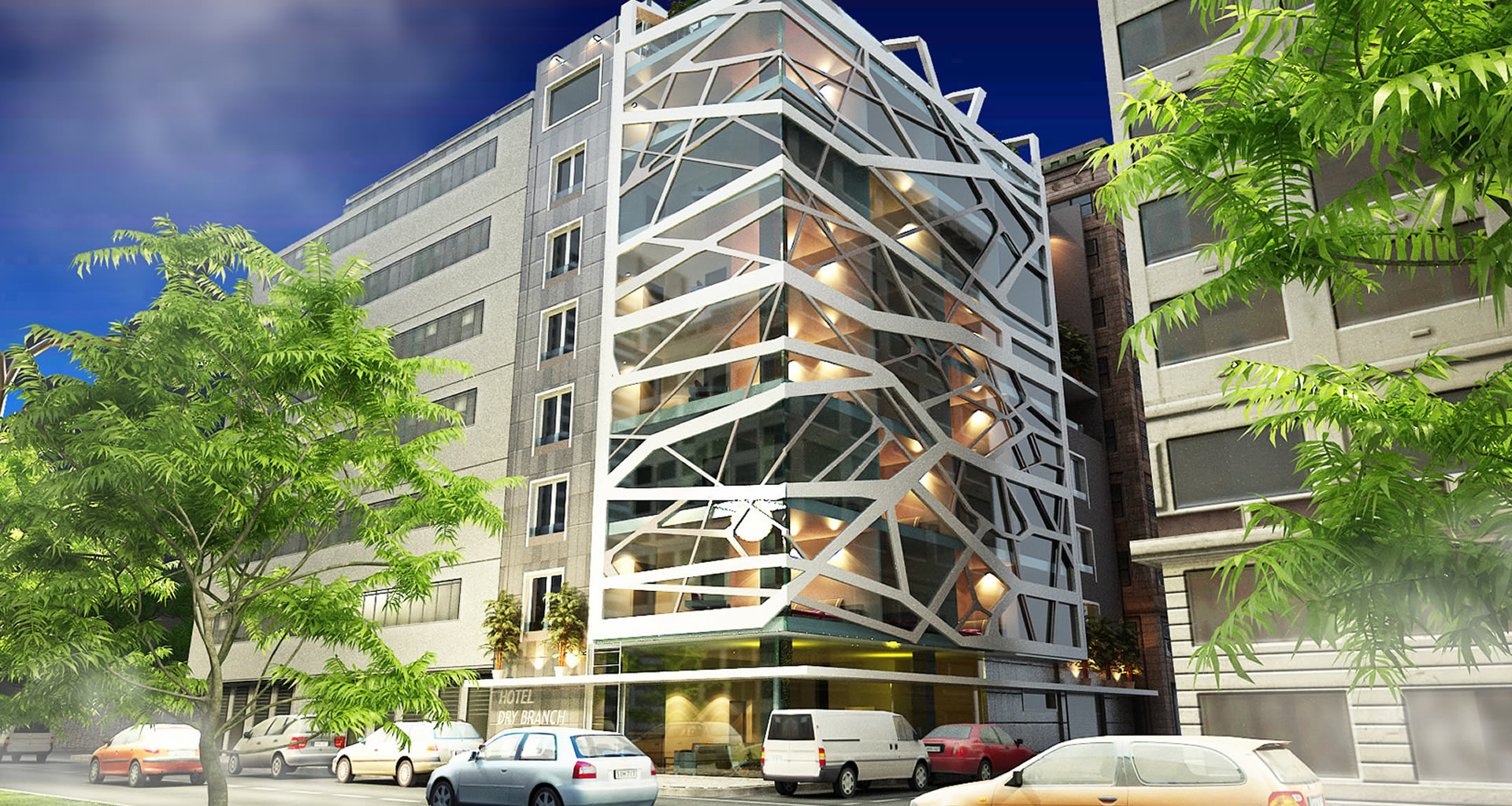 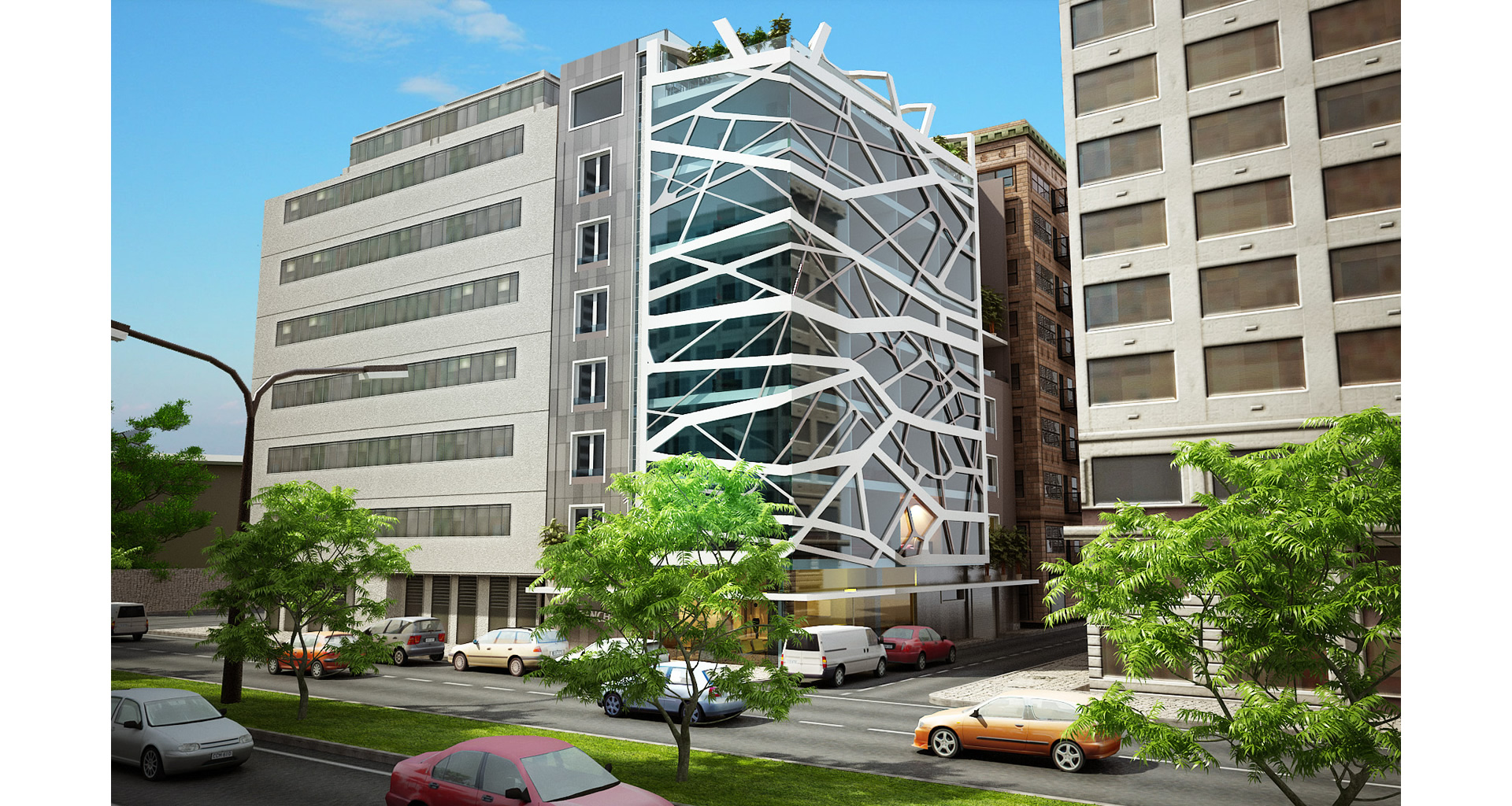 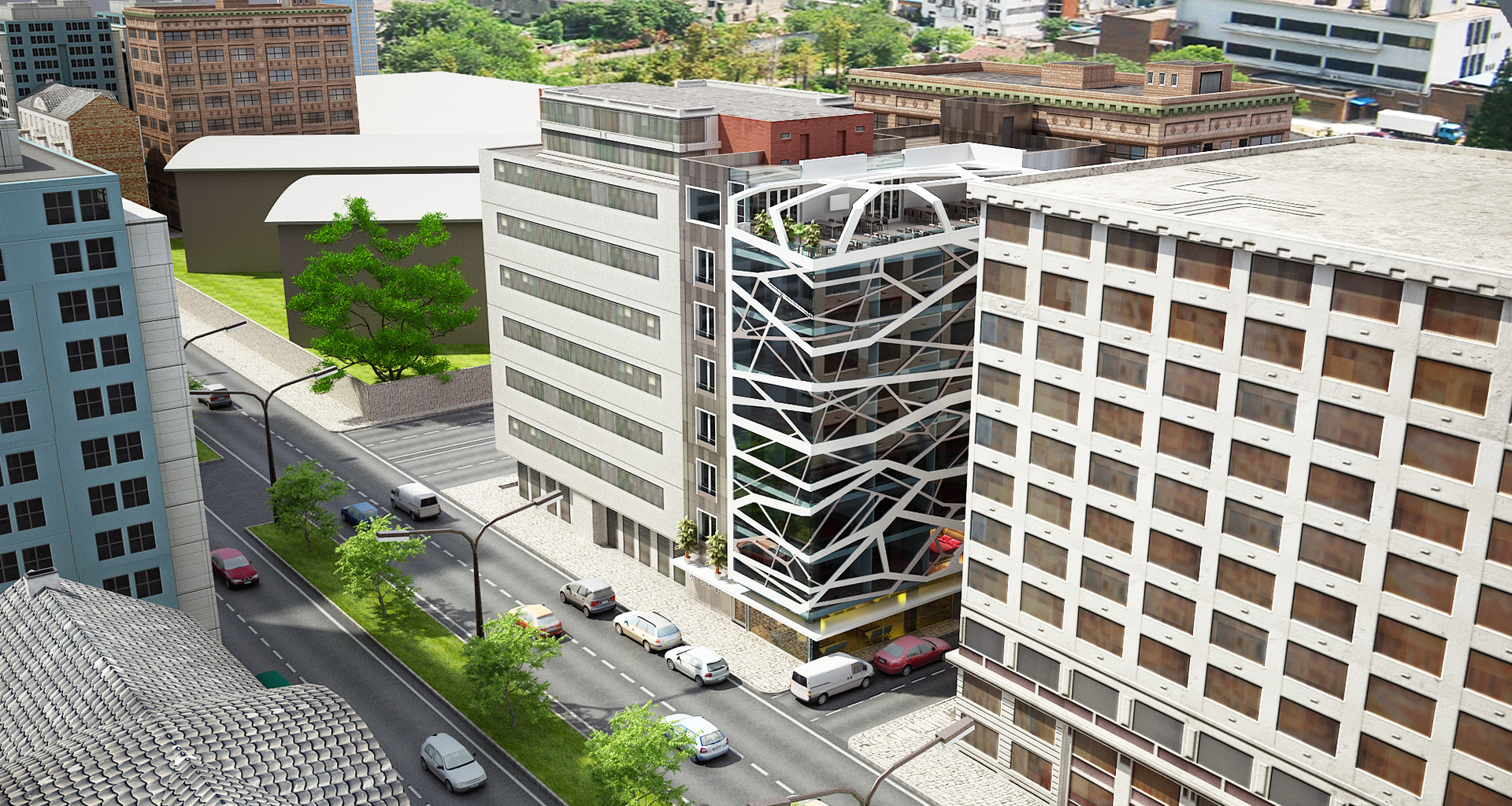 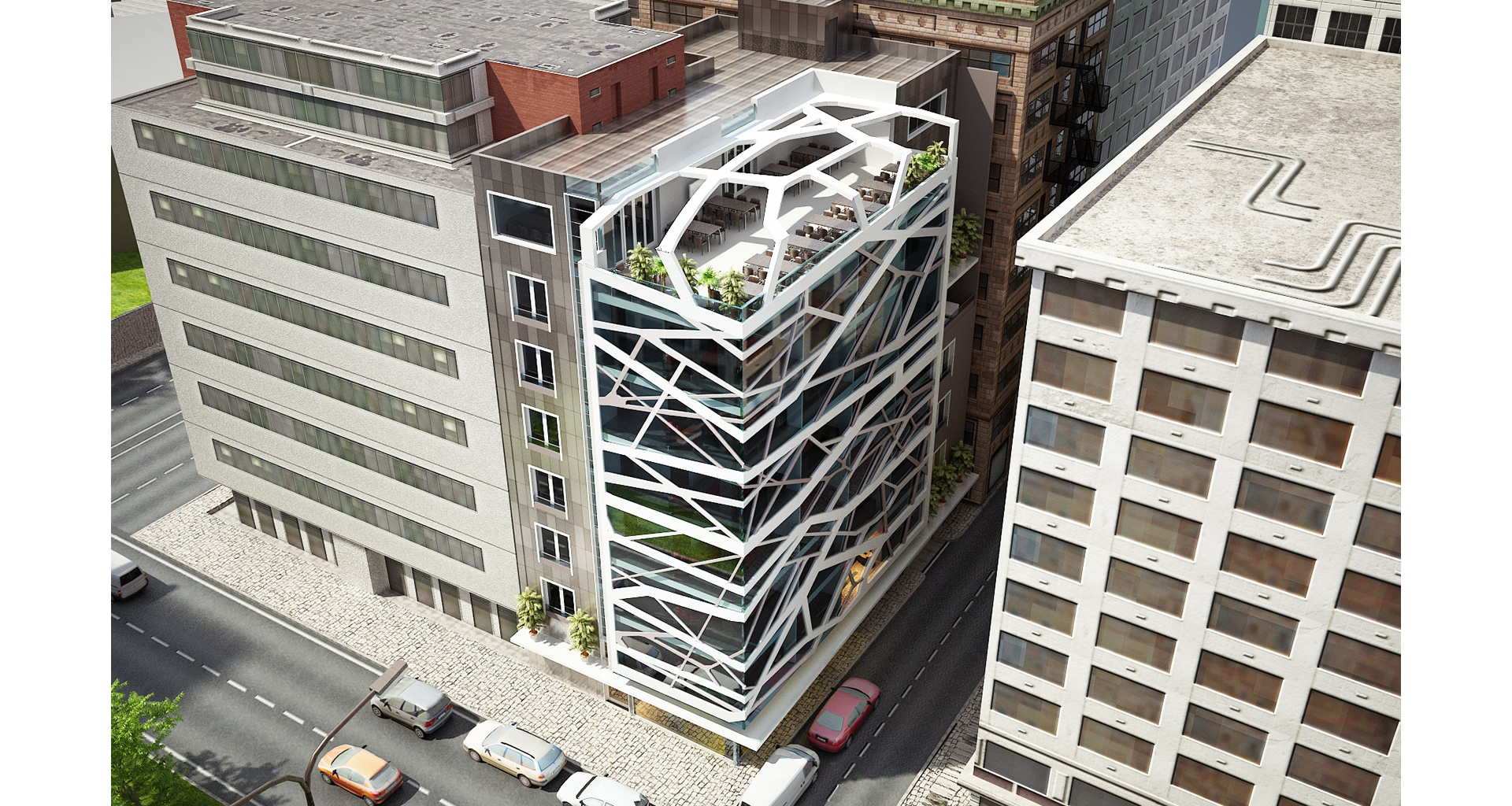 The project is located in Basmane, the prominent international fair area of the city of İzmir. The location provides an advantage in terms of the intense circulation of fair visitors in the urban center.

The surrounding structural texture is made up of repetitive hotel buildings. As a solution to the problem of a narrow frontage (7 meters) according to the land plan and a disproportionate depth (30 meters), the structure was given a consistently widening appearance, while ensuring continuity between the front and the sides. This approach will employ a complex geometric composition in the facade, distinguishing the structure from common city center hotels, as well as providing continuity between the front and lateral facades, giving them the perception of a single facade. To lighten the complex geometry of the facade and make it permeable, glass was used where possible. The continuous 8-9 floor hotel structures in the vicinity with their horizontally aligned facades will be interrupted at the corner point of the street axis with this project, forming a dynamic contrast that will contribute to the identity of the area. Projected to be used intensively by fair visitors, the hotel structure will be greeting those who have come to the city for a new experience with a facade covered with an unexpected arrangement. The geometric form arrangement on the facade will be casting shadows into the interior, allowing the arrangement to be traced indoors as well.